The writing was much better than the content, but even that aspect got tiring with the numerous repetitions. The characters of the 4 generations were somewhat interesting, but I did not care much for ... Read full review

I found this book too drab and unexciting to be able to get into. I never got to the moth bit and hardly know what the book is really about though it seems to tell the tale of a little girl called ... Read full review

12 other sections not shown

Margaret Drabble was born on June 5, 1939 in Sheffield, England. She attended The Mount School in York and Newnham College, Cambridge University. After graduation, she joined the Royal Shakespeare Company at Stratford during which time she understudied for Vanessa Redgrave. She is a novelist, critic, and the editor of the fifth edition of The Oxford Companion to English Literature. Her works include A Summer Bird Cage; The Millstone, which won the John Llewelyn Rhys Prize in 1966; Jerusalem the Golden, which won James Tait Black Prize in 1967; and The Witch of Exmoor. She also received the E. M. Forster award and was awarded a Society of Authors Travelling Fellowship in the 1960s and the Commander of the Order of the British Empire in 1980. 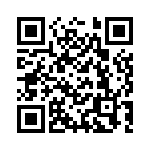