Page
... and there is another intitled Letters concerning poetical translations , and Virgil's and Milton's arts of verfe , commonly afcribed to Mr. Auditor Benfon : and of both these I have made fome ufe , as I have likewife of the learned ...
Page liii
... prefixed a short advertisement of the printer to the reader concerning the argument and the reason why the poem rimes not ; and then followed the argument of the several books , and the preface concerning the kind of verfe , and the ...
Page lv
And fuch a man as Bishop Burnet maketh it a fort of objection to Milton , that he affected to write in blank verfe without rime . And the fame reafon induced Dryden to turn the principal parts of Paradife Loft into rime in his Opera ...
Page lviii
The Dutch tranflation is in blank verfe , and printed at Harlem . The French have a tranflation by Monf . Dupré de S. Maur ; but nothing showeth the weakness and imperfection of their language more , than that they have few or no good ...
Page lxii
... L'Allegro and Il Penferofo , as if the fame fpirit poffeffed both mafters , and as if the God of mufic and of verfe was ftill one and the fame . There are alfo fome other pieces of Milton , for he continued publishing to the laft .
Next »

Reviews aren't verified, but Google checks for and removes fake content when it's identified
User Review - Flag as inappropriate

Chronicles the rise and fall of Man in the Garden of Eden. Begins with the crowning of the Son of God, moves to Lucifer's rebellion and fall, the beginning of the Earth, the birth of Adam and Eve, and how they fell prey to Satan's fraud.
Written in 10 syllable per line prose, which must have been very difficult. Milton was blind, which makes the accomplishment even more amazing. Parts of the book were wonderfully written (the battles with Satan, Eden, the creation of the Earth, the coming events as Adam and Eve are escorted from Eden by Archangel Michael), but others are difficult with many references to Greek characters. I'm sure Milton was brilliant, but those parts don't add much for me and make it seem as though he's being pretentious. I also disliked the way all the characters addressed each other: "Lo, great angel from Heaven, graceful and true of spirit." The pictures of the story in the book, while they received vast praise in the preface, were forgettable.
Still, I can't get away from the amazing work that Milton put here. My only real compliant was the blatant sexism that Adam had for Eve, assuming she was always inferior to him. That is no longer the way of the world, and I doubt Adam would have treated Eve thusly. Sin, Death. Satan, Michael and Raphael were my favorite characters, all providing memorable lines.

Page 26 - Here we may reign secure ; and, in my choice, To reign is worth ambition, though in Hell : Better to reign in Hell than serve in Heaven.
Appears in 718 books from 1711-2007
Page 238 - O thou that, with surpassing glory crown'd, Look'st from thy sole dominion, like the god Of this new world, at whose sight all the stars Hide their diminish'd heads, to thee I call, But with no friendly voice, and add thy name, 0 sun, to tell thee how I hate thy beams, That bring to my remembrance from what state 1 fell, how glorious once above thy sphere...
Appears in 536 books from 1712-2008
More
Page 3 - Sing, heavenly muse, that on the secret top Of Oreb, or of Sinai, didst inspire That shepherd who first taught the chosen seed, In the beginning how the heavens and earth Rose out of chaos : or, if Sion hill Delight thee more, and Siloa's brook that flow'd Fast by the oracle of God, I thence Invoke thy aid to my adventrous song, That with no middle flight intends to soar Above the Aonian mount, while it pursues Things unattempted yet in prose or rhyme.
Appears in 475 books from 1746-2008
Page 470 - And full of wrath bent on his enemies. At once the four spread out their starry wings, With dreadful shade contiguous, and the orbs Of his fierce chariot roll'd, as with the sound Of torrent floods, or of a numerous host. He on his impious foes right onward drove, Gloomy as night ; under his burning wheels The steadfast empyrean shook throughout, All but the throne itself of God.
Appears in 221 books from 1711-2007
Page 253 - Flowers worthy of Paradise, which not nice Art In beds and curious knots, but Nature boon Pour'd forth profuse on hill, and dale, and plain...
Appears in 513 books from 1710-2007
Page 174 - Whose fountain who shall tell? Before the sun, Before the heavens thou wert, and at the voice Of God, as with a mantle didst invest The rising world of waters dark and deep, Won from the void and formless infinite.
Appears in 515 books from 1378-2008
Page 179 - And wisdom at one entrance quite shut out. So much the rather thou, celestial Light, Shine inward, and the mind through all her powers Irradiate ; there plant eyes, all mist from thence Purge and disperse, that I may see and tell Of things invisible to mortal sight.
Appears in 755 books from 1722-2008
Page 334 - Fairest of stars, last in the train of night, If better thou belong not to the dawn, Sure pledge of day, that crown'st the smiling morn With thy bright circlet, praise Him in thy sphere, While day arises, that sweet hour of prime.
Appears in 575 books from 1710-2008
Page 179 - Thus with the year Seasons return, but not to me returns Day, or the sweet approach of even or morn, Or sight of vernal bloom, or summer's rose, Or flocks, or herds, or human face divine ; But cloud instead, and ever-during dark Surrounds me, from the cheerful ways of men Cut off, and for the book of knowledge fair Presented with a universal blank Of Nature's works to me expunged and rased, And wisdom at one entrance quite shut out.
Appears in 702 books from 1710-2008
Page 151 - Chaos umpire sits, And by decision more embroils the fray By which he reigns : next him, high arbiter, Chance governs all.
Appears in 296 books from 1710-2008
Less 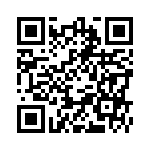