Robert Pattison is a professor of English at Long Island University, Brooklyn. His other books include Tennyson and Tradition and On Literacy. 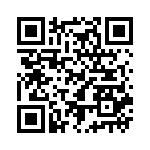