3 other sections not shown

Ernst Cassirer was born in 1874 in the German city of Breslau (now Wroclaw, Poland). He entered the University of Berlin in 1892, taking a course with the sociologist Georg Simmel. Simmel introduced Cassirer to the writings of the Neo-Kantian school, particularly Hermann Cohen. Cassirer became deeply interested in Neo-Kantianism, reading Kant primarily as an epistemologist and methodologist of science against the prevailing German idealist legacy of Kant as a metaphysician. In 1894 he moved to Marburg University to study with Cohen, completing his doctorate in 1899 with a dissertation on Descartes's analysis of mathematics and science. He returned to Berlin in 1903, where he continued to work on Descartes and Leibniz whilst developing his much larger interpretation of the development of modern philosophy and science from the Renaissance to Kant. The first volume of this work served as his habilitation at the University of Berlin, where he taught as an instructor or Privatdozent from 1906 to 1919.

In 1919 Cassirer was offered a professorship at the newly founded University of Hamburg, at the time under the Weimar Republic. He taught at Hamburg from 1919 to 1933. During these years Cassirer completed his three-volume Philosophy of Symbolic Forms, his major work. It went far beyond the neo-Kantianism of the Marburg School, attempting to unite scientific and non-scientific modes of thought - "symbolic forms" - within a single philosophical vision. In 1929 he took part in a famous debate with Martin Heidegger in Davos, Switzerland, where Cassirer defended his brand of neo-Kantian symbolic forms in the face of Heidegger's existentialist and phenomenological critique of neo-Kantianism.

In 1933, Cassirer emigrated from Germany and spent two years lecturing at Oxford and then six years at the University of Gothenburg in Sweden. He developed his theories of morality and the philosophy of law through the study of the Swedish legal philosopher Axel Hägerström. He also continued to work on the relationship between the natural sciences and the "cultural sciences, rejecting Rudolf Carnap's physicalism and challenging the drift towards what he regarded a scientific reductionism in philosophy. Cassirer finally settled in the United States, where he taught at Yale University from 1941 to 1944 and at Columbia in 1944-45. During these years he wrote An Essay on Man, which expresses some of the core themes of The Philosophy of Symbolic Forms, and the Myth of the State, which examines rise of fascism on the basis of Cassirer's conception of mythical thought. He died suddenly as a result of a heart attack while walking in New York in 1945. 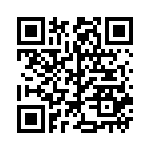